You are my sunshine

You make me happy

When skies are grey

My idea behind featuring Pooja Aggarwal 5, a design label of a visual artist and designer Pooja Aggarwal, is to brighten up the dreary winter days when teamed with cashmere sweaters and leather jackets. This 31 yr old delhite studied at Shri Ram School, which was walking distance from her home. Childhood went by without worrying about studies as her passion from the beginning clearly was art with fashion. Her dreams materialized at Delhi College of Art- as dreams can come true……i can break into a song for every emotion at this point, since i’m very happy wearing these emotive tangibles on a sunny winter morning.

Initially its the freelancing works like murals for Saatchi & Saatchi and Leo Burnett along with designing book covers which came her way. But her best work stint and a great learning curve has been Satya Paul, where her bosses gave her the freedom to commit mistakes and learn from them. This place honed her creativity as a designer & stylist; a joy that was doubled for a young girl who was always running away from a regular 9-5 monotonous job.

But the yearning to express herself became stronger each day as she opted out and joined her elder sister’s graphic design studio to focus on art. 2012 became a crucial year for her as she gained confidence to form her own identity as a solo artist with a show at Alliance Francaise, New Delhi- THE LINE IN BETWEEN. It’s her transition from canvas to satin and silk twill, a more moldable medium of“Art is to be felt”  which shaped the current line of scarves & pocket squares.

Each print in the collection imbibes a playful sophistication with the juxtaposition of humour and elegance. Mulling and sketching for many years religiously have brought this product line to life. It’s creditable to have the scarves chosen by known fashion magazine stylists for photo-shoots within a year of her debut, and being found in the wardrobes of many nattily dressed men and women.

Just as Pooja uses this medium to connect with people so can you. The quote “The secret of fashion is to surprise and never to disappoint” by Edward G Bulwer-Lytton reaffirms how the ensemble makes it easy to strike conversations and add a spark to our style of dressing. These digitally printed sweet somethings have motifs which tell a story with each piece.

The current collection plays with themes like ‘The Swimmer’ which reminisces one’s youth. Playing with the wandering free thinker, the nonconformity of movement, breaking all barriers and over looking societal norms. Being free.

‘Robotic Rabbit’ series in comparison deals with stagnation of our everyday mapped out lives and a reminder that we all need to break out of our chained existence. A longing to shake things up, break that ground and rise above the horizon. The patterns depict the geometry of our graphed out lives.

“Change is constant, flow is essential. These are the thoughts that I play with or rather they play with me” states the 31yr. old young lady. Having grown up with a keen sense of observation from an early age, the magic of narrating a story with a few lines or colour became her way of emoting to the outside world. She is inspired by the cyclical flow of life in nature, often times expressed as repetition; interaction and reaction with elements which is being fantastically woven into the story.

With older sister and father as highly inspirational figures in her life, she’s trying to follow suit by putting 100% in everything on a daily basis. Compared to them her biggest fear is becoming lazy and slackening. She abhors the need to push herself and accomplish the initial masterpieces on time for production, each season. Work is emotional, only club music manages to pump up her energy levels while perfecting each design. From the word go it’s primarily been the joy of being appreciated with all earnesty, that keeps her going!!! 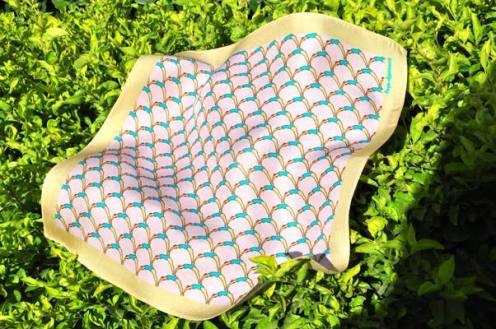 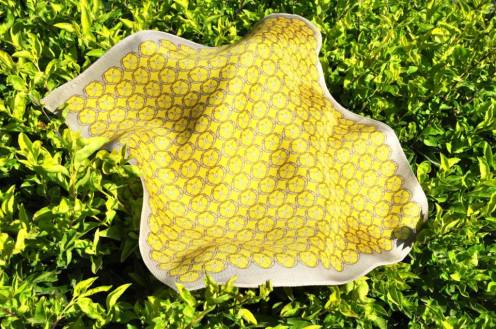 Take your pick from the following stores: