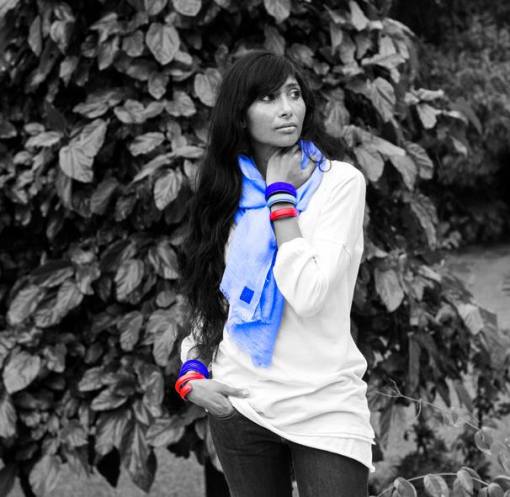 “Life comes out of chaos” a statement made by Axelle reminded me of my exciting journey of finding niche labels….. generally of one leading to the other…. feels like a never-ending treasure hunt. Last year I arrived at a private sale, in which a fabulous children’s label Loulou des Indes was exhibiting (had featured them earlier) and thought it best to follow their trail for similar indie chic brands. That’s where I discovered this primarily leather crafted label Chandernagor– a name inspired by the French colony, now a quiet suburb of Kolkata, West Bengal, which was earlier known for its clean wide roads and elegant houses along the Hoogly river. Being French, Axelle Decamps and Noelline Besson(Indian origin) zeroed in on this very poetic name as it suited the sensibilities of the Europeans who fancy the exotic treasures coming from India.

Chandernagor’s attractions are really soft leather (cow leather hide and suede) handbags, cuffs, jackets etc. in the season’s colours with a classic touch. These trendy accessories are for someone who desires a very cutting yet toned down ensemble during soirees, creating an unruffled understated style.

Noelline came down to India for her holidays to tour Mumbai, Bangalore and Goa, 9 yrs. ago. But 6 months later she returned to India, New Delhi, to stay connected with her roots and decided to reside here. Initially she made her living with the French who have businesses here, drew portraits and handled a quirky yet fashionable masalatee, eventually opted out to start two labels- both of which are at their nascent stage. But being a spiritually inclined yoga buff she is able to successfully juggle her life and create something creative and positive amidst the chaos. 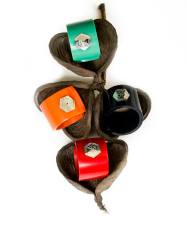 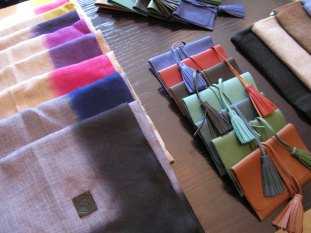 The very young Axelle Decamps is a yoga teacher, who participates in french classical music repertoires, the Neemrana Foundation’s choir, has collaborated with a French photographer, an artist at the Nagaland museum and dabbled with many other forms of art to find her calling and satiate her hunger of widening her horizons to the fullest. She was a student of political science, but entered the Indian fashion industry 7 yrs. ago to work with a buying house, later joined Hermes as a communications manager in India, but left that to create her own aspirational brand-Chandernagor.

Chandernagor has been presented at trunk shows across Europe and India and is retailed at Alecca Carrano, Shahpur Jat, New Delhi. Delhites take advantage to view their latest at The Delhi Network CHARITY SHOPPING MELA… Tuesday 8th April from 9:30am- 3:30pm@ Eros Hotel (Nehru Place).