For Chinar Farooqui – a textile and clothing designer working from her studio in Jaipur, Rajasthan – India, style is primarily a matter of instinct. Hearing that statement I quickly reflected on my wardrobe, and realized how comfortable I was getting in my skin, with time!

With a background of fine arts from M.S. University, Baroda, and a Masters in Textile Design from National Institute of Design, Ahmedabad; the lady found museums as her treasure troves to gain more knowledge about folk garments. Her inspirations have been mainly travels, during which she keenly observed the local lifestyles. Clearly Injiri is an outcome of this interest, which does not follow seasonal trends, instead takes pleasure in appreciating traditional Indian textile techniques .

The label ​is derived from a colloquial pronunciation of the word “India”. It is a historic word for “real madras checkered textiles” that were exported from South India to West Africa in the 18th century; which until the mid 20th century were treated as prized possessions by families.

Being a student of textiles, she loves hand-loom.  As a purist she celebrates the entire process of hand-weaving, handcrafted clothing and their origin of design.

Noticing closely I realized her designs on the clothing line and furnishings, were mainly textile designs incorporated while weaving a piece of fabric on the loom like selvedge (or self-edge of a woven fabric), borders, cross borders and weaving patterns. The hand-woven fabric is used in such a way that the textile design is highlighted, making it the most important feature of that garment.

Her garments come from local dressing styles of rural India and other folk cultures from around the world (showing me the peasant style dress she picked up from Covent Garden flea market). These despite of being the simplest work clothes of peasants, farmers and common man, were more visually appealing to her.

Injiri‘s textiles are procured from weavers in different parts of our country e.g. khadi from West Bengal, semi khadi in the weft from Andhra Pradesh, and silk and cotton from Madhya Pradesh.

The element of “classicism” attracted her to traditional clothing. 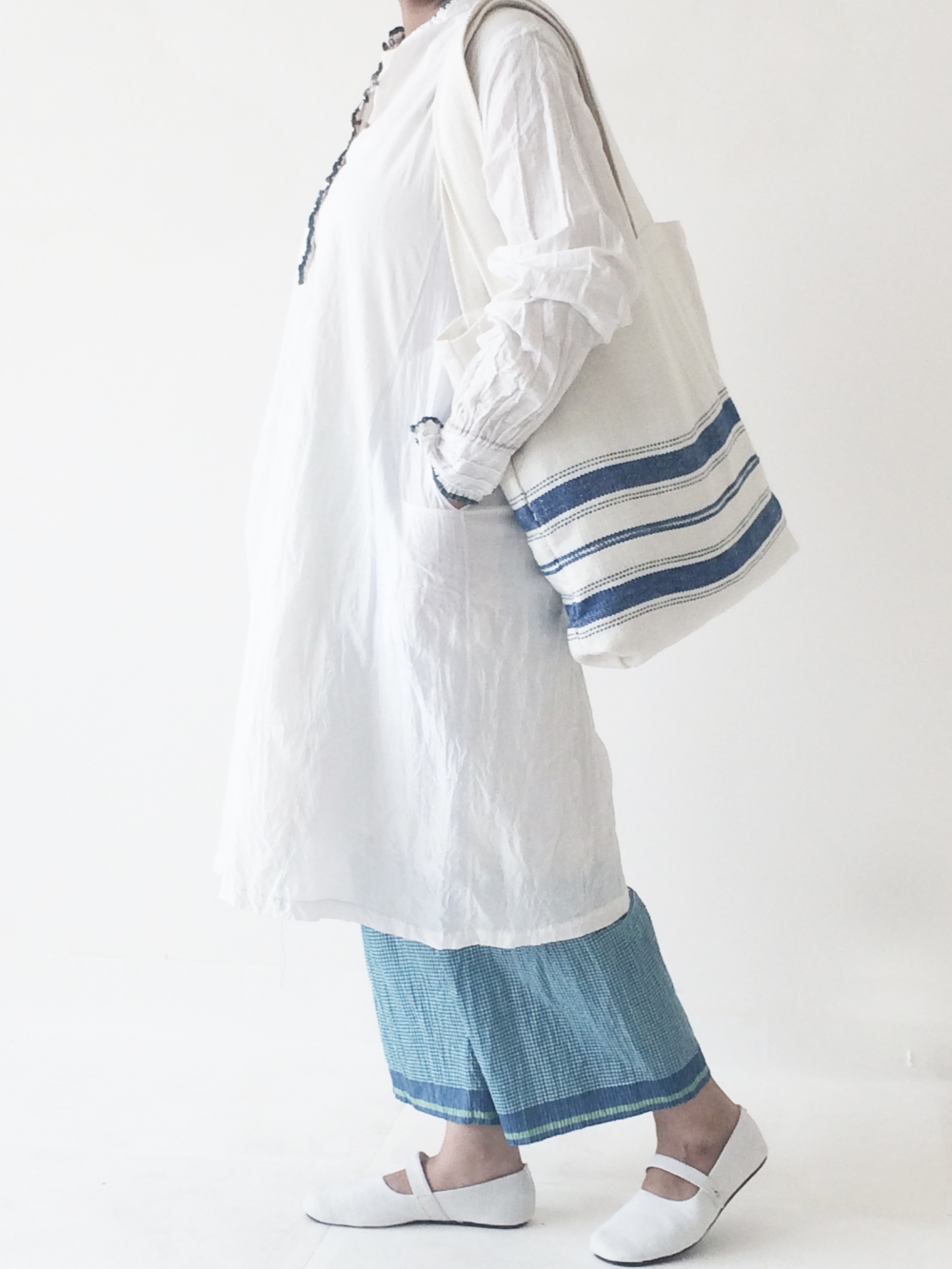 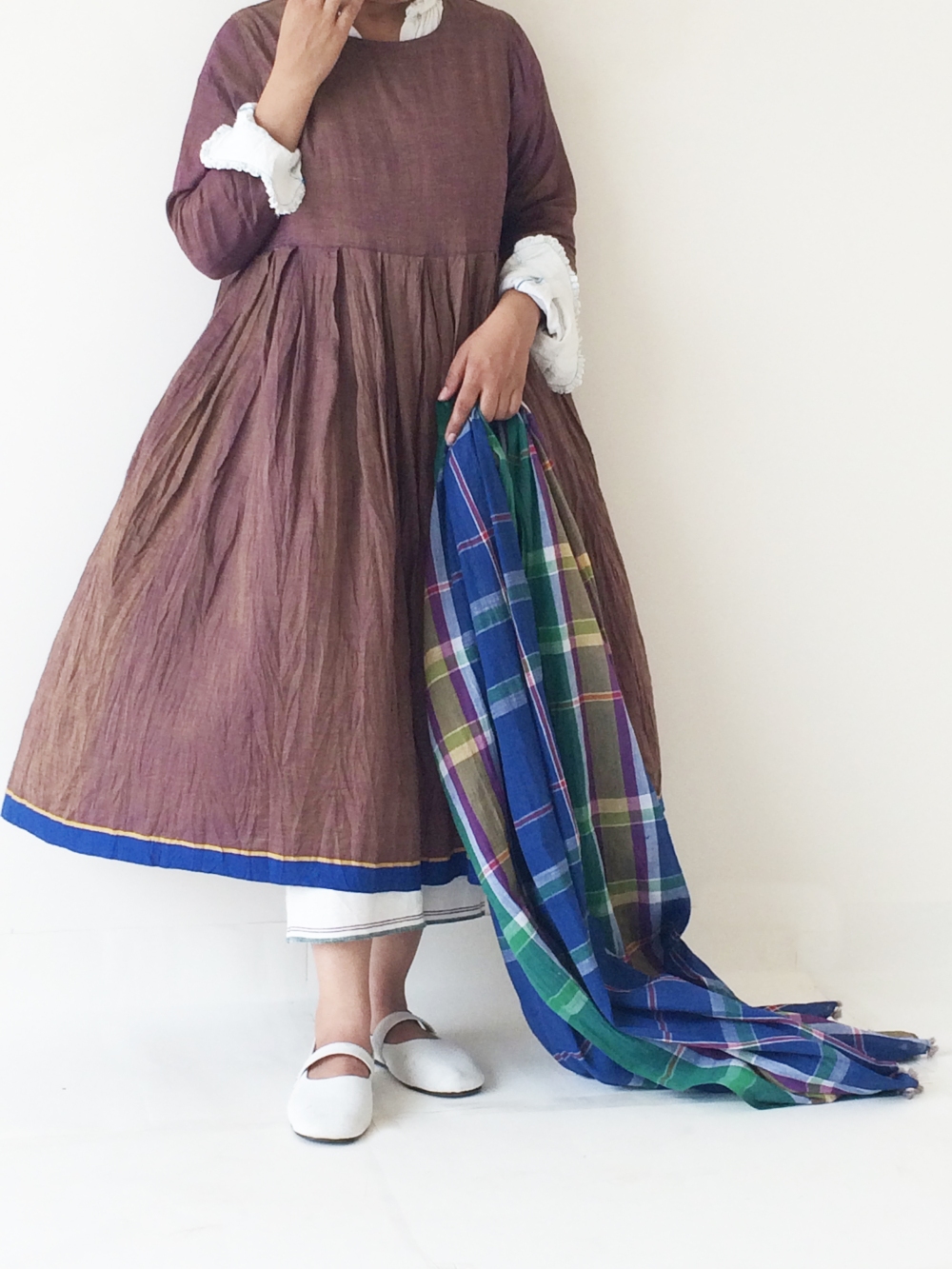 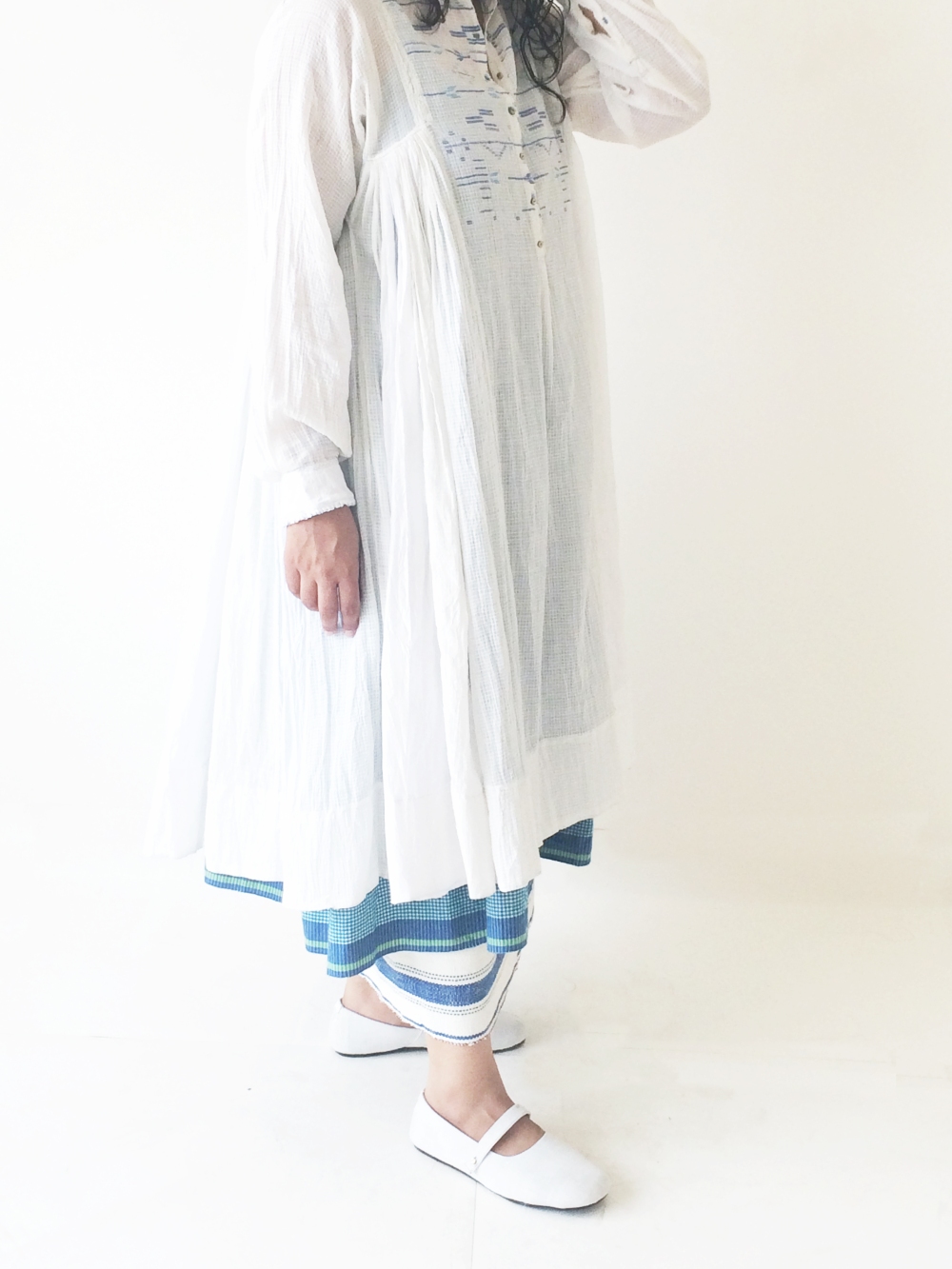 While her Bhujodi Home collection is influenced by the local textiles of Kachchhh , especially the clothing of Rebari community – their “safas” and “pernus” (headgears and draped skirts). Her strikingly beautiful textiles have just enough details to make it quietly elegant.

Elegance lies in simplicity. The technique of weaving allows innumerable possibilities of introducing design elements. In earlier days usually, an unstitched garment like a saree, dhoti, gamchha, pernu or odhani were beautiful because of their woven details on the edges, and cross borders.

Through this project she is trying to revive traditional techniques known to only few weavers, since they are time-consuming and not economically viable; sticking to smaller production quantities.

Injiri‘s story and beauty lies in the process of making. Chinar launched it in 2009.