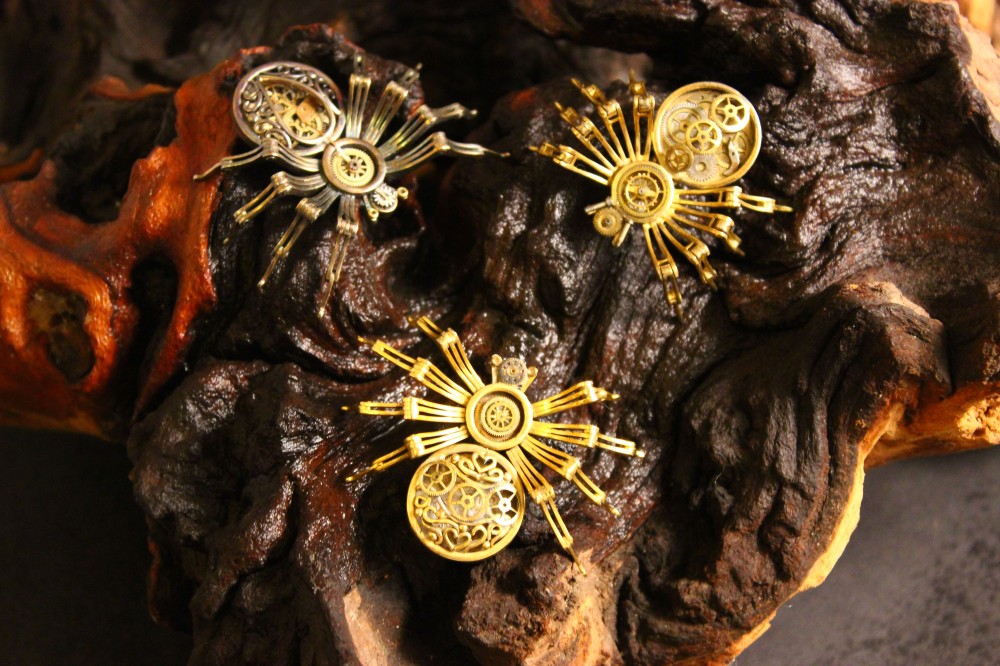 Steampunk is a sub-genre of science fiction or fantasy wherein technology and aesthetics are inspired by 19th-century – industrial steam-powered machinery; as those were the romantic times when art and craft movement, discoveries and new technology, were all vying for attention at the same time, in Europe. And so in the mid-20th century, the Steampunk movement  began modding the two through a wide variety of artistic styles.

For Abhisek Basak – a creative whom I met two years ago, the key is in knowing what to add and where to stop. With upcycled scrap, the designer has transcendentally put together some eye-catching heirloom pieces and home accessories. He had always intended to fashion something environmentally-friendly and so uses recycled material to lessen the carbon footprint.

Every piece tells a story through its unique design. Creating with hands is a meditative process, which keeps him holed up in a room for at least 14-16 hrs a day. And through Absynthe Design’s steam punk jewellery, he gets an Adrenalin rush pushing his limits with primitive instruments; and rendering his distinct style with the help of strong olfactory and touch receptors.

Is armed with strong design acumen as he has studied at NIFT, Hyderabad. Also added a feather to his cap , by winning an All India Design competition for women’s jewellery organized by Tanishq; which he later co-developed and sold under their brand name. But, the reason I reconnected with Abhishek are the ‘avant garde’ beetle brooches, necklaces and rings which he designed for Tanieya Khanuja (styled by Rishi Raj); recently showcased at the Lakme Fashion Week spring/summer resort 2016, held in Mumbai.

As a self-proclaimed maverick, he connects with the transformative power infused into antiques as per another individual’s personality; also becoming a wonderful way of preserving family memorabilia. In the past had taken up challenges to design unusual accessories like USB drives, pens, phone covers, ipad covers, lamps. etc. for millennials out of their grandparents’ prized possessions.

That’s why slow fashion is about pure passion……..out with the new and in with the old!