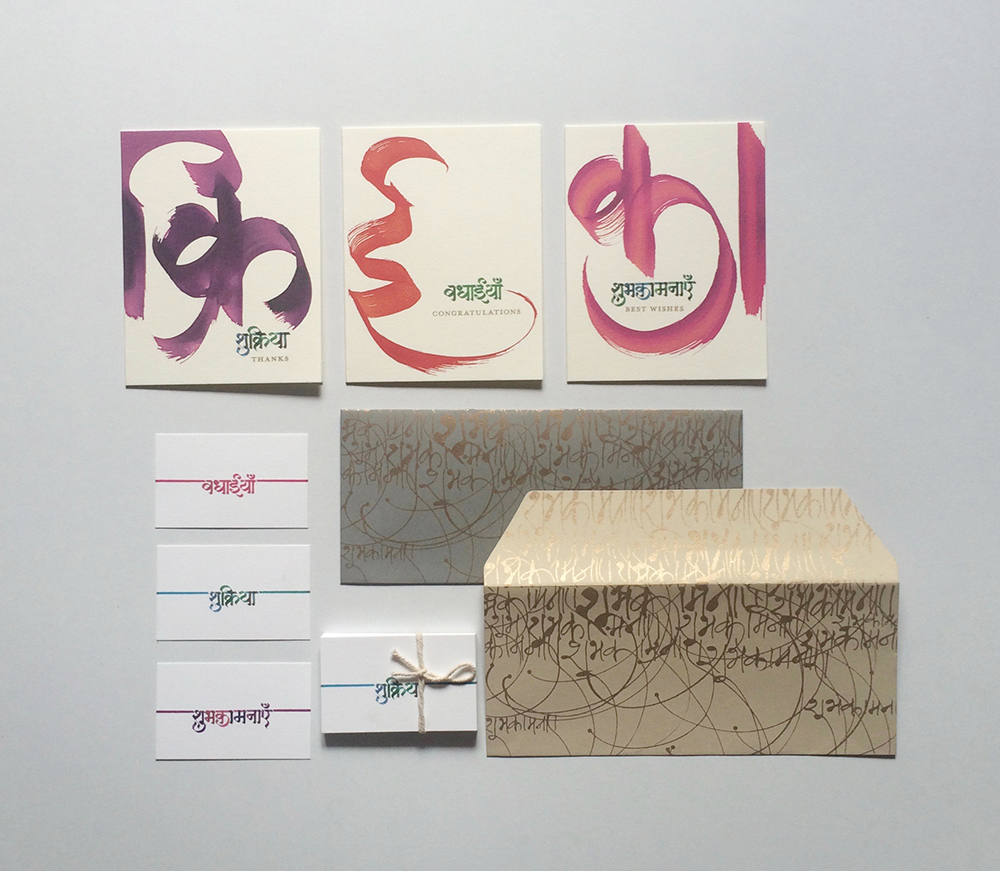 Having studied art I too had tried learning calligraphy at some point. It is letter art related to writing. Many contemporary artists have used it for graphic design and fine art to express themselves with letters which may or may not be legible. While Typography is the art of setting type; it is typically commercial and expected to be made in multiples.

Aware of Arabic, Chinese, Georgian, Indian, Islamic, Japanese, Korean, Mongolian, Persian, Tibetan and western calligraphy, Nikheel Aphale – a young Indian calligrapher chose the Devanagri script. (Last year I had seen his diaries in which he creatively scribbled on each page.)

So just before his next exhibition at Serendipity…Colour me Autumn I decided to meet him and know more about his creativity.

Flashback of your childhood….

My fascination with alphabets actually bloomed as a child, when I first began shaping letters through handwriting. I seem to have inherited a good handwriting from my mother, who has the most immaculate hand.

Till I reached college, this bent of mind turned into a full-blown passion as I started viewing alphabets more than words.

So, when the time came to decide on my undergraduation, my parents encouraged me to follow my heart (even though I was good at studies). I decided on L.S. Raheja School of Art, Mumbai for Applied Arts, then did my Masters in Graphic Design from NID, Ahemdabad.

How do you view your art?

I see letter forms as imagery. My attempt with every artwork is to explore and express the beauty of hidden forms within the alphabets. Through art, I try and deconstruct their structures with various materials both conventional and unconventional.

Letters entice me. They speak to me.

For me, the alphabet is a perfect metaphor of unity in diversity. They have unique characteristics due to phonetics and forms which strikingly coexist in harmony; forming a language, and therefore a culture. 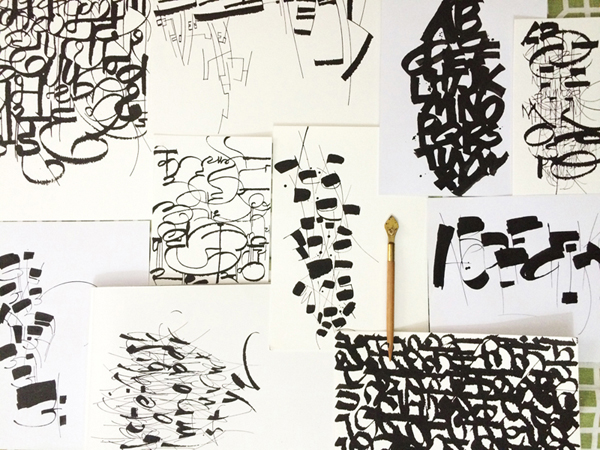 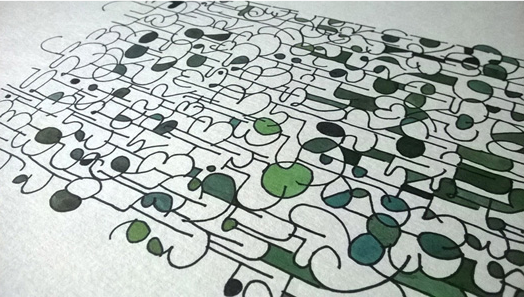 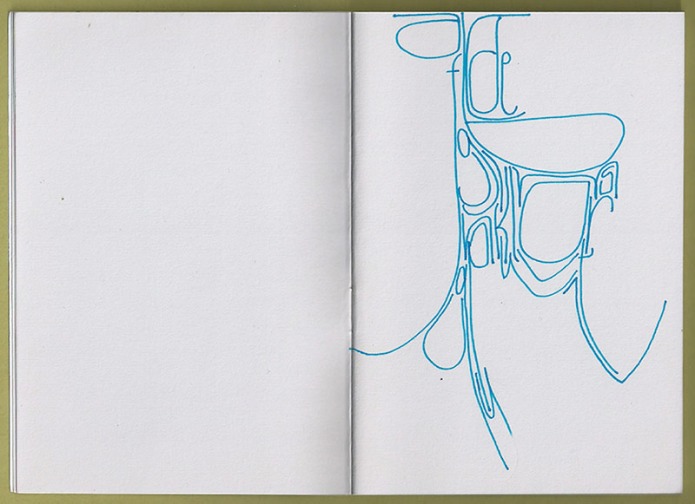 I worked in Delhi for 4 yrs at Codesign studio where I did graphic designing from 2006-10.

Then started freelancing for graphic design assignments and calligraphy.

In this short span, which calligraphy projects got you thinking?

The most challenging has been 3 canvases of 3×4 ft. 3 on which I wrote with paint – a Marathi Brahmin and spiritual poet Samarth Ramdas’s sholkas on life’s lessons, for a Hongkong based client.

Then, innovative ways of designing and writing name plates to bring out the owner’s personalities.

Also a calendar for which I used calligraphy strokes to create mythological figures.

Tell me a bit more about this art form in India?

Known as ‘Hasthlipi’, it has been a part of our culture as ancient manuscripts were inscribed with it. Initially, our ancestors sharpened the feather’s tip for penwriting, on ‘bhojpatra’(Indian birch bark) or palm-leaf, forming an expressive cursive writing. During the middle ages calligraphy was patronized by the Mughal  and Hindu rulers in persian and sankrit, respectively. Infact, Sikhism through its holy book-Guru Granth Sahib, also played a key role in Indian calligraphy.

From the modern world its R.K. Joshi and Achyut Ramchandra Pallav‘s works which have inspired me. Though there are other respected artists like Irshad Hussain Farooqui, Manohar Vithal Desai and Mohd Yasin, as well.

What are your future plans regarding it?

I want to contemporize the script further, and have a calligraphy studio of my own. Also would like to collaborate with designers of different genres and mediums.

It would be nice to use calligraphy to beautify our utilitarian objects with the help of varied crafts.

When not busy working you’d rather be…..

“Figures are the most shocking things in the world. The prettiest little squiggles of black looked at in the right light and yet consider the blow they can give you upon the heart.”
― H.G. Wells, The History of Mr. Polly