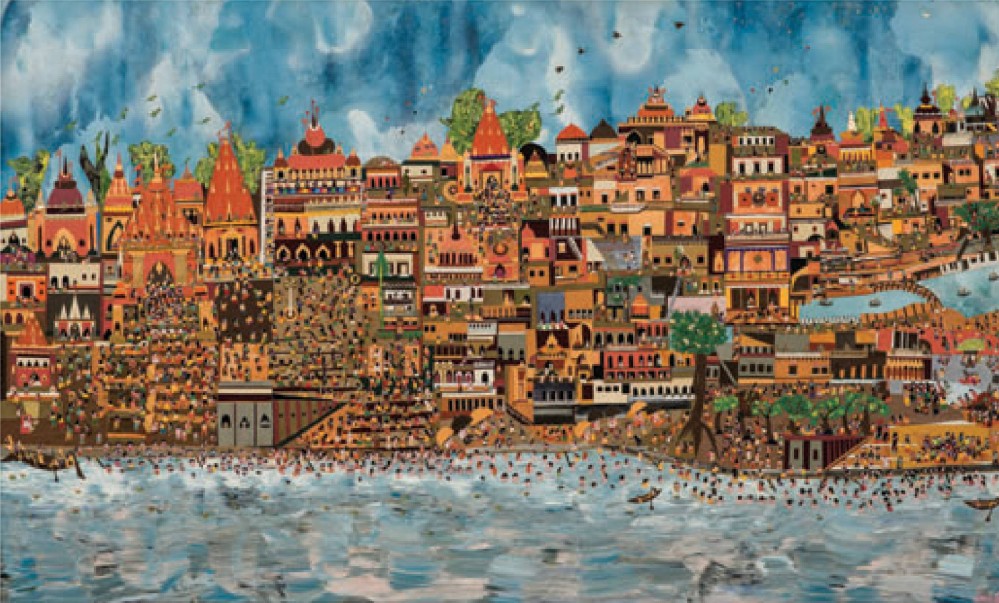 One surely needs a magnifying glass to admire such panoramic works which showcase the Indian milieu in every nano or micrometer of the paper collage. Struck by the minuscule reflexes depicting the movements of a throng in Sailesh Sanghvi’s artwork I connected with him, only to know better that his artwork ‘Eternal City-Haridwar’ has made it to the semi-finals of the Artbox.Project Basel 1.0 which chooses a handful of artists from different countries; and he is representing India. Excitedly he shared with me the news of it being showcased at the EuroAirport during the Art Basel fair; an exciting international art affair happening at Basel, Switzerland for a four-day art week from 14th-18th June’17, this year.

So I googled to enlighten myself further about Artbox – a gallery based in Zug, Switzerland, and came to know of it showcasing at coveted places in cities like Miami, Basel, New York, Hongkong, Zurich and Singapore, during major art events.

For even having made it here, Sanghvi has come a long way after spending nearly a decade in the basement of his house, doodling. With both his boys settled he took to creativity, which lay dormant since childhood. It started simmering within when his younger son came home after an assignment from abroad, to open his own incubation centre only to go back leaving behind lots of paper and paint.

The vacant space and material urged the lean framed artist to make something of his latent talent as he obviously couldn’t see all that going for a waste. Slowly, with the support of family and close friends he refuelled his passion and extensively visited museums, art fairs and exhibitions in Europe. Infact during his Italy trip for the Venice Biennale in 2015, he got a chance to view the art treasures of the Vatican city. Left astounded, he decided on illustrating Indian culture for the world through elaborate works which take months to finish (had started as an abstract artist).

From thereon he has doggedly worked on opening his five senses to devour everything in his environment to picturise it with all the detailing on 2D collages. Having participated both globally and locally in workshops and exhibitions, he thoroughly enjoys this process of learning and unlearning. Born in 1953 during the post-independence era in Delhi, into a humble background, it was impossible for him to follow his passion. The only option was to join his family business of selling hardcore industrial goods, and later investing in real estate for a passive income towards retirement. But as luck would have it the real estate prices dipped, leaving him with no option but to sit pretty safeguarding a tidy sum. This misfortune led to a beautiful self-discovery as life for this grandfather who has come a full circle.

All the proceeds of his exhibitions go to several charities for under privileged children. His most expensive piece right now is approximately for 25lakhs(indian rupees). Feeling blessed, he thinks it appropriate to share both his flair and earnings by sponsoring many art-students. Also at some point in the near future he desires to open a studio for upcoming artists who’d like to co-work peacefully and will need a space to exhibit their art. 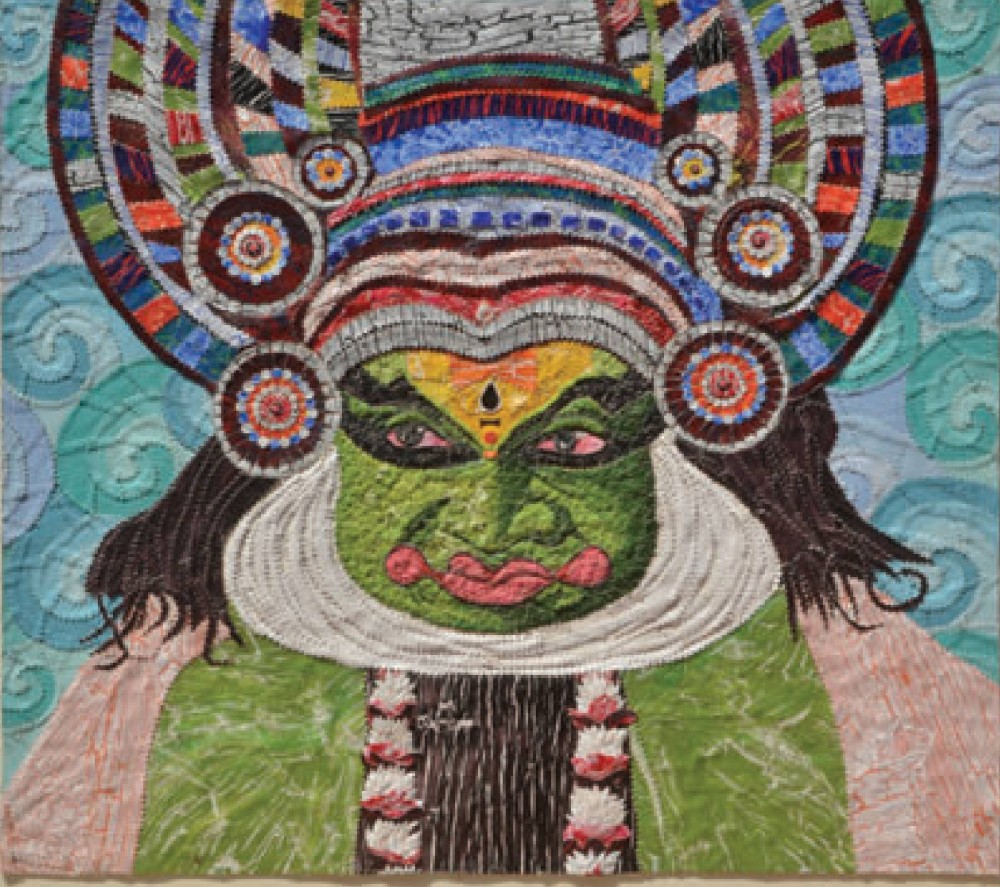 Both Georges Braque and Pablo Picasso might have coined the term collage when it became a distinctive part of modern art in the beginning of the 20th century; Sanghvi gives it a new definition by painstakingly painting each scrap of canvas or paper in different hues, cutting and forming outlines or curves to then tediously paste with mixed media, forming a bigger picture….like a child or an artist who refuses to mature!