Itō, Ito, Itou, Itoh or Itoo (written: 伊藤) might be the sixth most common Japanese surname but now is the name of a Delhi based menswear label owned by Amit Babbar, which also means a yarn or thread in their lingo. Its aesthetics are an aftermath of his luxurious globetrotting trips during childhood which left an indelible mark in the cerebral cortex.

Listening to him a quote by Muhammad Ali “He who is not courageous enough to take risks will accomplish nothing in life” kept ringing in my ears. As a lad he started his design journey with a Fashion Design course from Wigan & Leigh  New Delhi. Thereafter became an entrepreneur at 21 itself. Now for nearly a decade and a half  he has been exporting to the likes of Maison de soil, Mando and United Arrows in the Japanese archipelago. 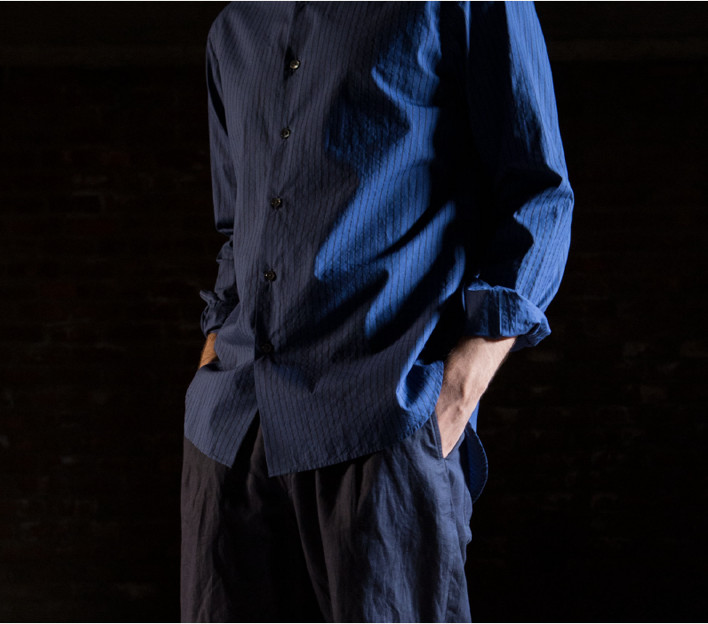 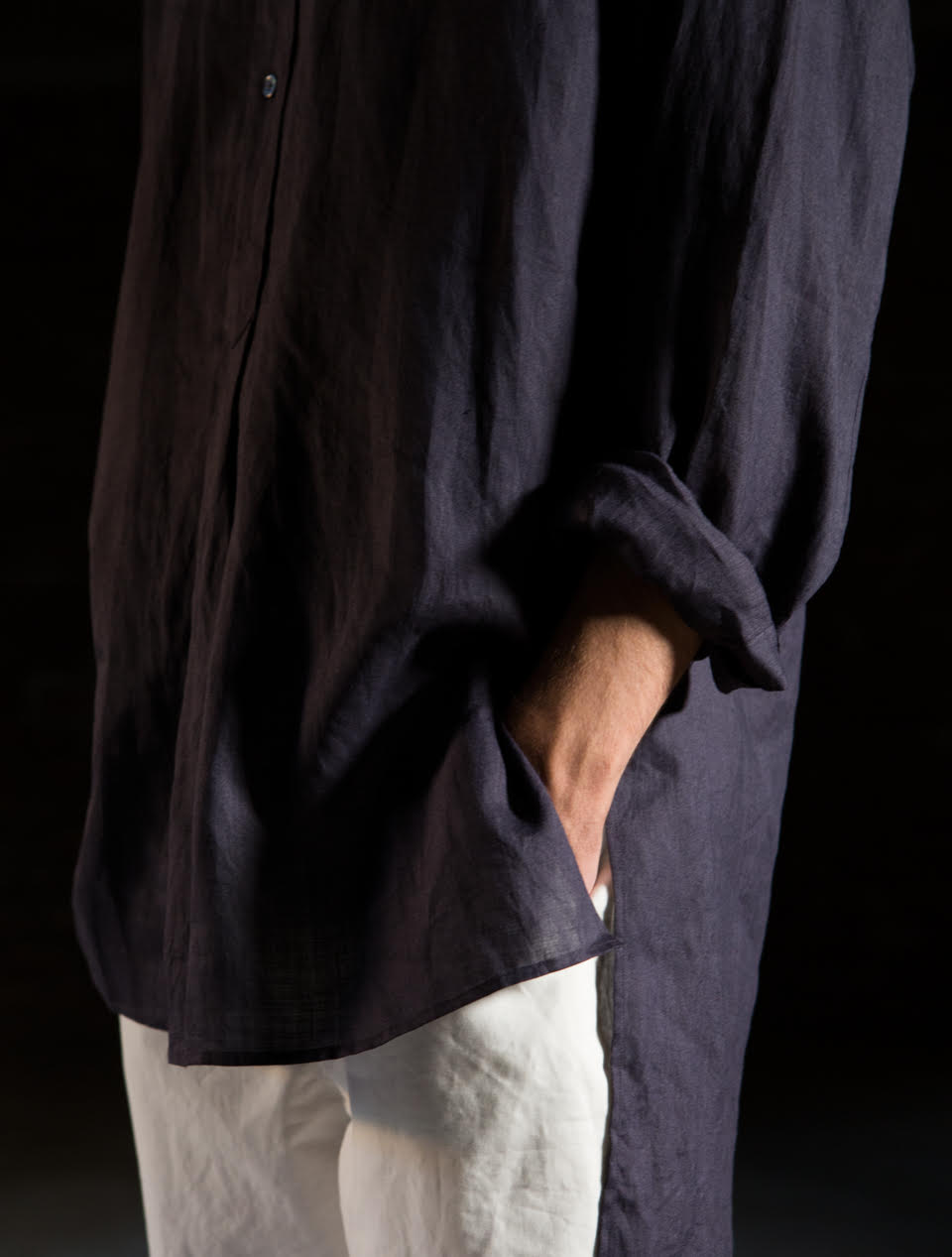 Drawing inspiration from vintage French workwear Babbar has used Khadi x Silk/Poplin/Remie (a type of linen made from the stalks of the plant – Chinese Nettle) and Japanese styling to create youthful exuberance for an everyday wardrobe. A great mix of fabrics woven on auto loom or handwoven by the finest weavers in West Bengal make the men’s clothing line quintessentially dapper. Believe it or not, the entire capsule collection will be a must-have every season.

Herein, anti-fashion staples are re-imagined by laying emphasis on detailing. Versatility is the name the game at Itoh offering only 10 styles (including shirts, pants and jackets). They aid in highlighting an attitude in one’s own permutations and combinations for a day to evening outfit.

On entering its zen-like studio one finds Midnight blue, Chartreuse green, Gingerbread brown and Porcelain white menswear sparsely hung on industrial racks on the left. In that well-lit space an iron legged bench with a stone top serenely faces the racks waiting for the choices to be laid out on it. Adjacent to it is an iron framed showcase with the showstopper beautifully strewn in it. Diagonally opposite on the other end of the mezzanine floor is a jagged wooden table with iron legs and sturdy aluminium chairs which set a very Japonism impression. Its worth noting how a minimalistic ambience lends an insouciant air to Itoh‘s ‘less is more’ essentials…….a rugged individual easily stands out or merges in the crowd!

The label is environmentally conscious too, as the care instructions suggest hand-wash and line dry only.

Being an introvert, Babbar looks forward to his travels or a revisit to south of Japan for its vintage shopping (apparently the best in the world for European fashion) food, culture and work ethics.

Influenced by Margiela (of the Maison Margiela fame), the designer would prefer a reclusive approach at work….infact he lets the unusual colour palette, fabric, stitching quality and fit do the talking!

At the moment Itoh is exclusively available at the Raw Mango store in Mumbai, but shall  arrive in Delhi soon.