The current solo show at the Gallery Art Positive reminds me Irwin Allen Ginsberg – an American poet, philosopher and writer’s quote “Follow your inner moonlight; don’t hide the madness” When the world is going mad experimenting with newer mediums in art, design and fashion, a parallel event for the India Art Fair 2019 is displaying Mumbai based artist Haribaabu Naatesan’s Equilibrium – The Irreversible till 5th March 2019.

It is a must-see, as the scrap artist exhaustively engages with the concept of ‘Mukti’ – ultimate liberation from the cycles of life. Through an artwork or design he hopes to end the cycle of the scrap used in his work and wishes it never goes through another ‘re-birth’.

He feels his art is very simple as it easily creates nostalgia of a bygone era and whimsical notes of childhood memories which evoke profundity transcending age, craft, and walks of life. Reminiscing he narrates about a four year old getting excited over the toy guns and cars he noticed in the artwork, when displayed at the Jehangir Art Gallery, Mumbai. And the carpenter who was both fascinated and bewildered at the same time, while framing his work. 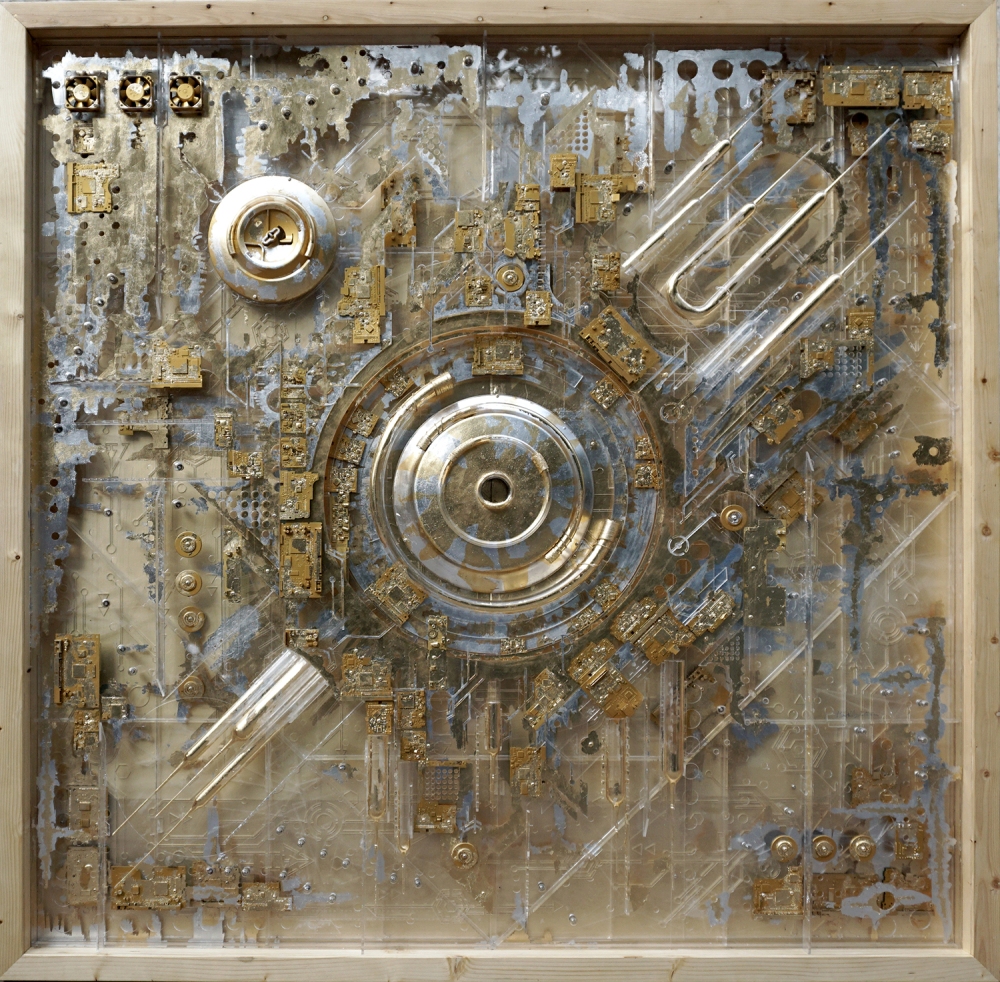 Though he avoids terming the work as Steampunk Art (a style of design and fashion that combines historical elements with anachronistic technological features inspired by science fiction) as it contains not just floppy discs, cassette tapes, hard disks, electronic parts but other intriguing tangibles of less value which aid in transporting one to another spacetime. So would  rather refer to it as futuristic contemporary art.

Tackling the junk issue radically he actually began making insects and crustaceans for his NID entrance exam. Later when he took to this more seriously friends started offering their discarded bric-a-brac. Collecting directly from friends and family instead of junk collectors this conscientious man is aiming at cutting down carbon footprint, too. 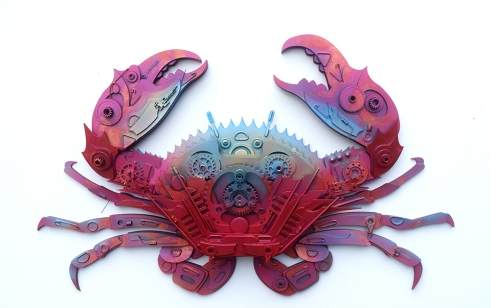 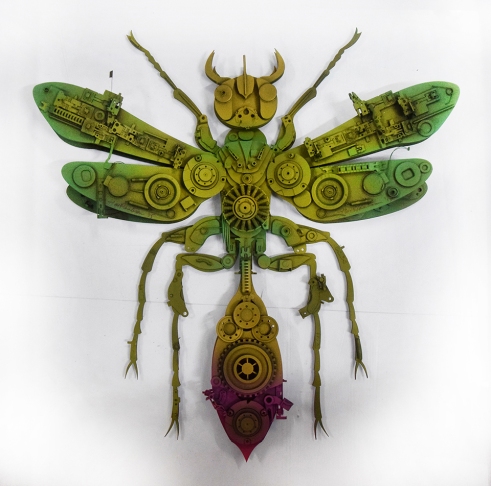 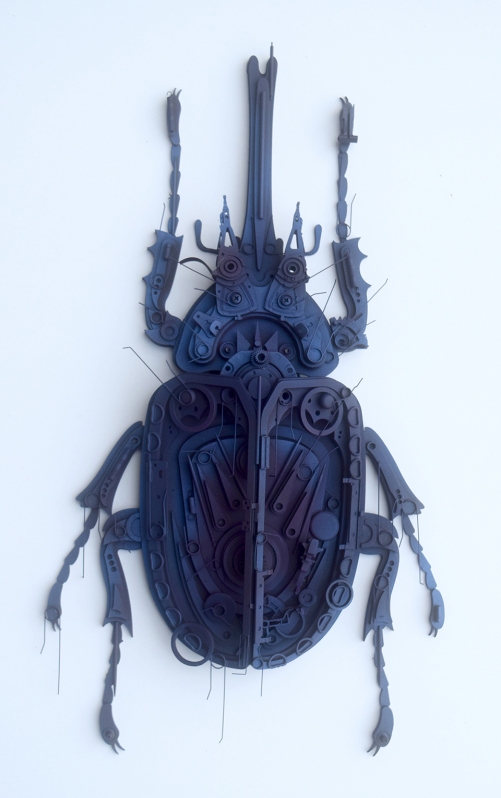 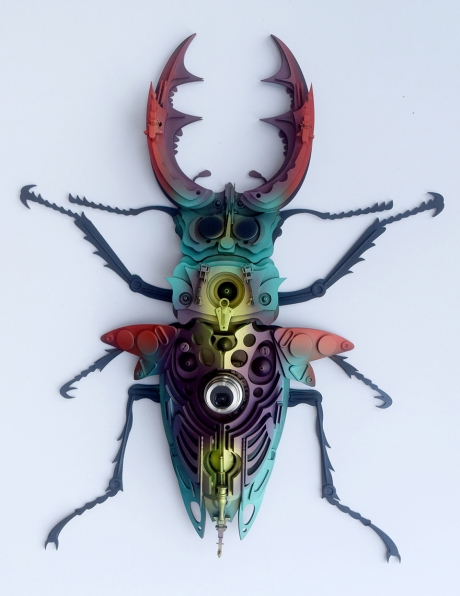 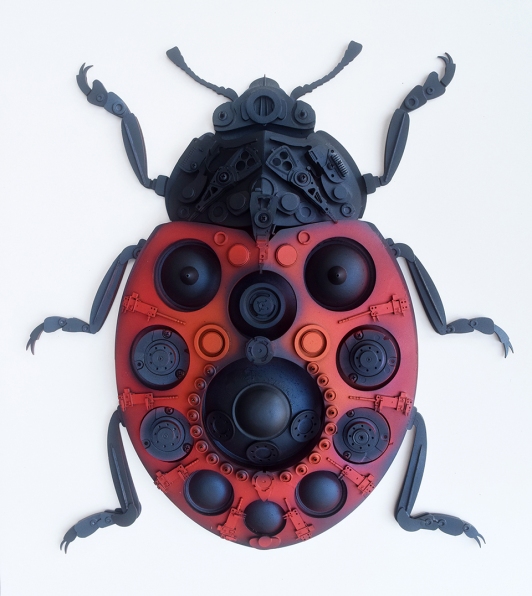 At the studio, all that is segregated keeping in mind their material, size and shape. Without any sketch, instinctively, with the help of his senses he begins with assembling few big objects from the collection and moves to the smaller ones, then the smallest to fill in the details. Being a champion of Green Design and recycled art his alchemy turns trash into art.

Graduated in Fine Arts from Govt. College of Fine Arts, Chennai he did his post-graduation at the National Institute of Design, (NID) Ahmedabad. Initially the talent took him to a music channel in Chennai as the Head of the Animation team for On Air Promotions. Later opportunities poured in from various media companies and other music channels. For which the Keralite, shifted his base to Mumbai as the Graphic Head for a television production house. In 2009, he quit that job to set up his own studio and pursue a personal journey in creativity. 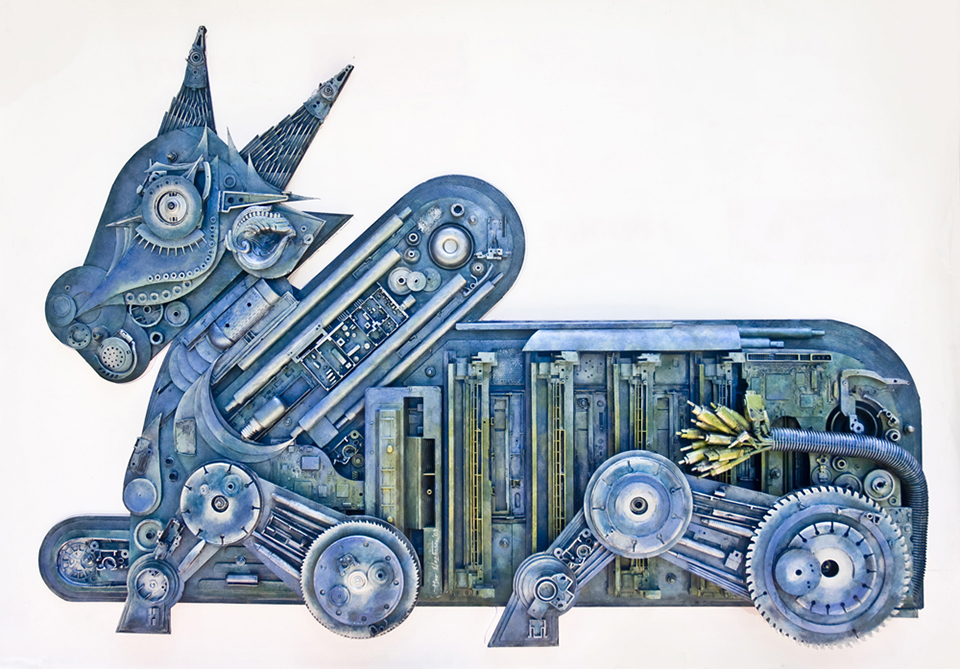 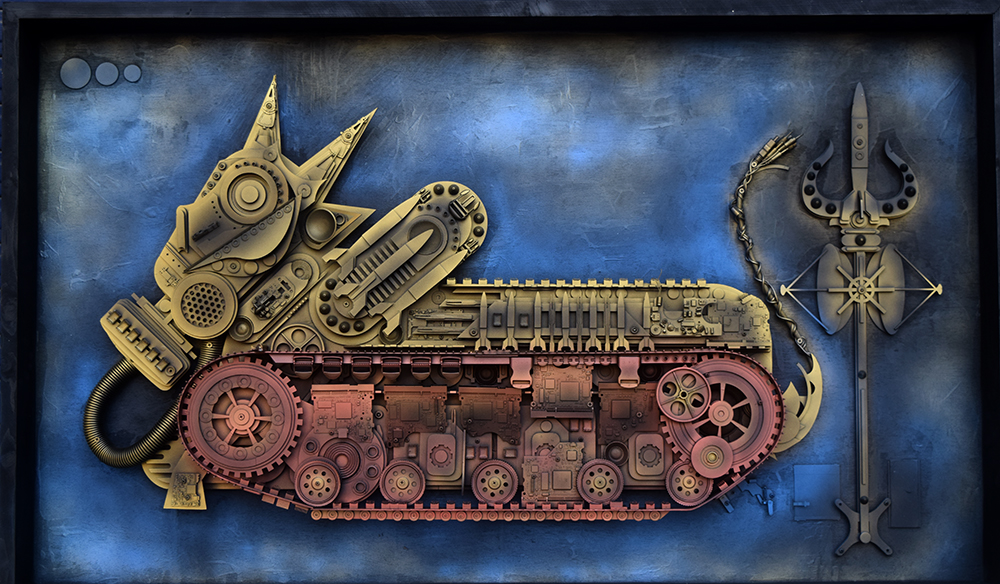 Being a Shaivite he likes to choose Nandi – the vehicle for the Hindu god – Shiva the bearer of truth and righteousness. The one on top is named Cyber War in the Name of God and the one below is The Gatekeeper. 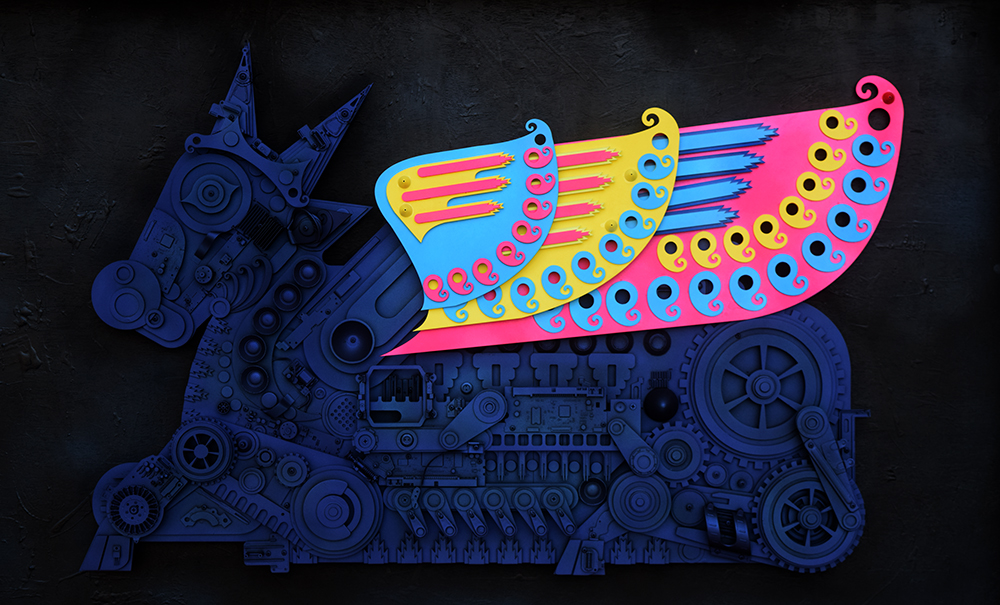 “I am intrigued by the spontaneity and ambiguity of found materials and enjoy the inventiveness necessary to transform them into artwork. I like to use materials that are reclaimed, things with a history that have been discarded and might otherwise end up in a landfill” shares Haribaabu Naatesan .