Wearing his OBC badge proudly is Sudheer Rajbhar, who as per Indian media is successfully breaking the glass ceiling in the snooty art and design world. Looking beyond his caste story  is equality of status through work. One is drawn to his skill and out-of-the-box business model as forces to reckon with. This brand of minimalist accessories is about ‘Made in Dharavi’ – the second largest slum in Asia after Orangi Town in Karachi, Pakistan. While the cherry on the cake are the design conscious stores – Le Mill, Paper Boat Collective, Pepper House Kochi and Indian Goods Co. carrying it.

In 2010, Rajbhar completed his art education from Vasai Vikasini College of Visual Arts, in Thane district. The attitude of bigger galleries not entertaining people from small art schools weighed him down. Yet he continued, by assisting senior artists and learning at residencies.

Curious to know this activist artist’s trajectory, we exchanged emails and telephonic conversations regarding reasons that led to the brand ‘Chamar’‘s meteoric rise.

MD: While growing up whose creativity left you seeking for more?

SR: Coming from U.P. to Mumbai, my family dwelt in the slums of Kandivali before we  shifted out to the suburbs. Having lived amongst the labourers and migrants, they are the people I have always observed. Right next to us in the slums, stayed a carpenter who made chairs, doors, stools, tables etc. within a tiny space. Even I used my bed as a workspace, since we lacked an extra inch.

MD: You are a multidisciplinary designer. Which mediums have you worked with so far?

SR: Right now, am working as an artist through my practice at ‘The Chamar Project’. Earlier, had explored unconventional mediums to challenge myself e.g. kinetic, video and film-exposure. 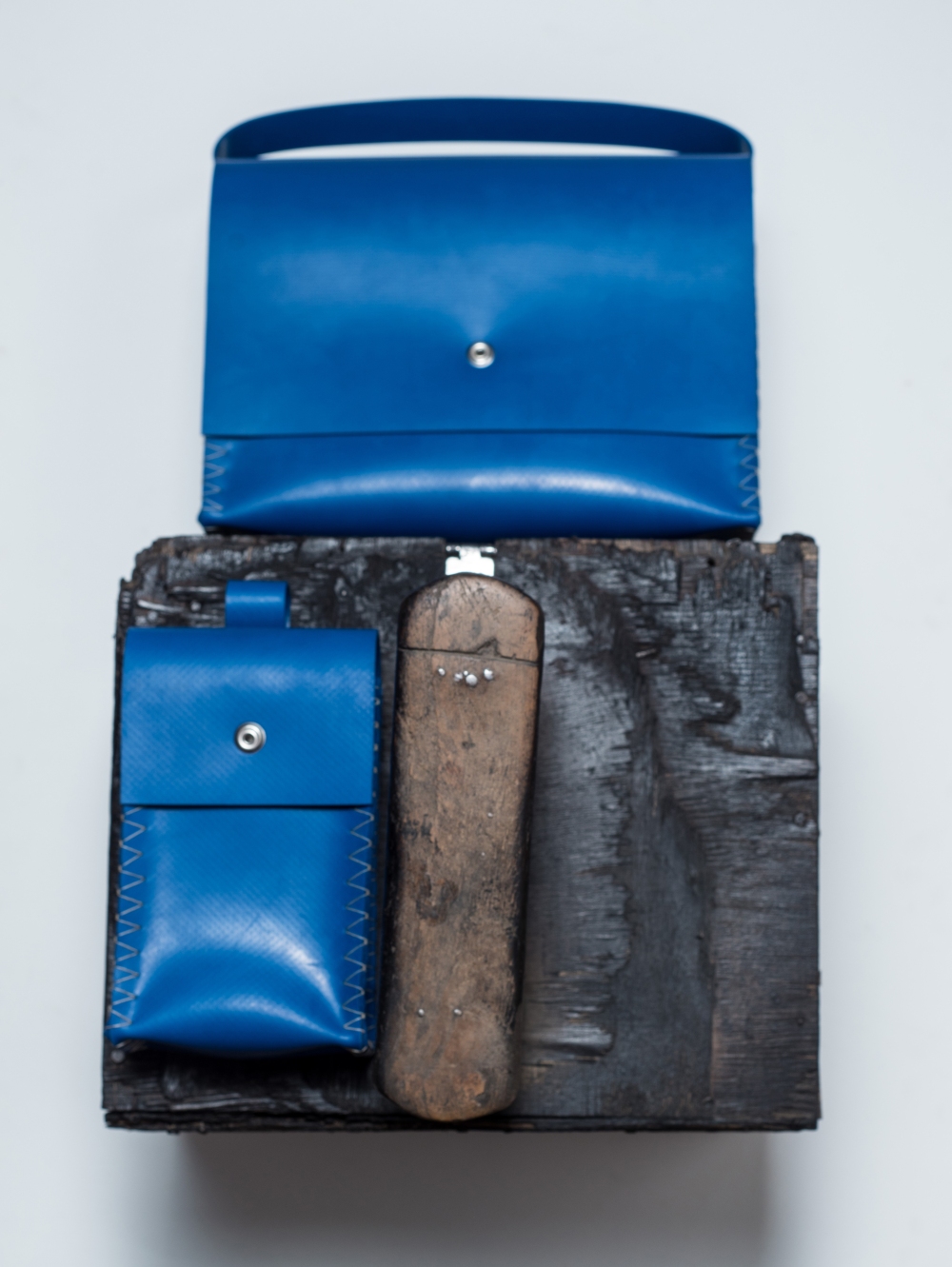 MD: You’ve stated in an interview “I like minimalism but the more important point is that these designs make the most of available resources and use traditional skills. The artisans have little time so a simple design helps.” What next and between design and technology which one is the deliverable for you?

SR: My next project will be a collaboration with 70-80 established artists and designers which will be showcased in Delhi and Mumbai Ensemble stores and at The Chamar Foundation, Bangalore.

Design has to be functional and I believe art has the power to change. And between design and technology I feel design and art are more powerful as I come from a micro industry – Dharavi, where we inherently thrive on creativity.

MD: For your second collection, you’ve collaborated with the cobblers who sit on the railway platforms from Virar to Churchgate so that they can earn more than their normal income. You’ve even chosen their uniform’s colour – blue, to further strengthen their/your identity. Tell us a bit about this initiative.

SR: This initiative should be a niche setup away from the pavement, where the same cobblers will customize bags and other accessories, not just mend or repair as traditionally known for. Through it, I hope to elevate our status and help the community focus on earning with dignity by producing quality products.

Actually it all began when I curated a show with them (cobblers) and few artists called – WE ARE HERE BECAUSE YOU ARE THERE. That struck a chord with the public and gave me the confidence to move forward under a brand name.

Cobblers in Mumbai are mostly dalits who belong to a guild of small businesses that run on pavements. When the brand began expanding I sought help from the leather craftsmen in Dharavi. During this time (2016-17) few tanneries in Kanpur were also closing down due to beef ban. This egged me to try a newer material (recycled rubber) for our first batch of products. MD: What is your product line?  Would you rather make it androgynous or clearly define gender identities?

SR: At present we have a small product line – a mobile case, fanny bag, tote, knapsack , shopping bag and a lady’s sling bag.

But would rather keep it androgynous.

MD: For your next, you are keen on introducing a bio-composite material made from entirely organic and sustainable bacterial cellulose, grown on agricultural waste.

SR: Yes, a Kerala based startup approached us. I like their material. It is Peta approved and vegan; sourced from the coconut industry in South India. But we are doing R&D for a stronger material to carry heavier weight.

MD: Who is your inspiration?

SR: Every artisan behind the scene, inspires me. They’ve put in an effort to make simple things look chic. And how can I forget the workers at the tanneries, who make beautiful leather out of animal hides!