Pema Khando is a fashion designer whose line of clothes is retailed at Mapcha – a concept store in Manju-Ka-Tilla, Delhi’s only Tibetan refugee colony.

While grabbing a bite together at Ama Thakali (a Nepalese restaurant in the vicinity owned by her brother) the 43 year old filled me in with her life, influences and but ofcourse her contemporary Himalayan wear – “I was born and brought up in Dharamsala, Himachal Pradesh. My parents were the first generation Tibetan refugees. They were amongst the thousands who fled their country and came to India after Chinese occupied it in 1959. 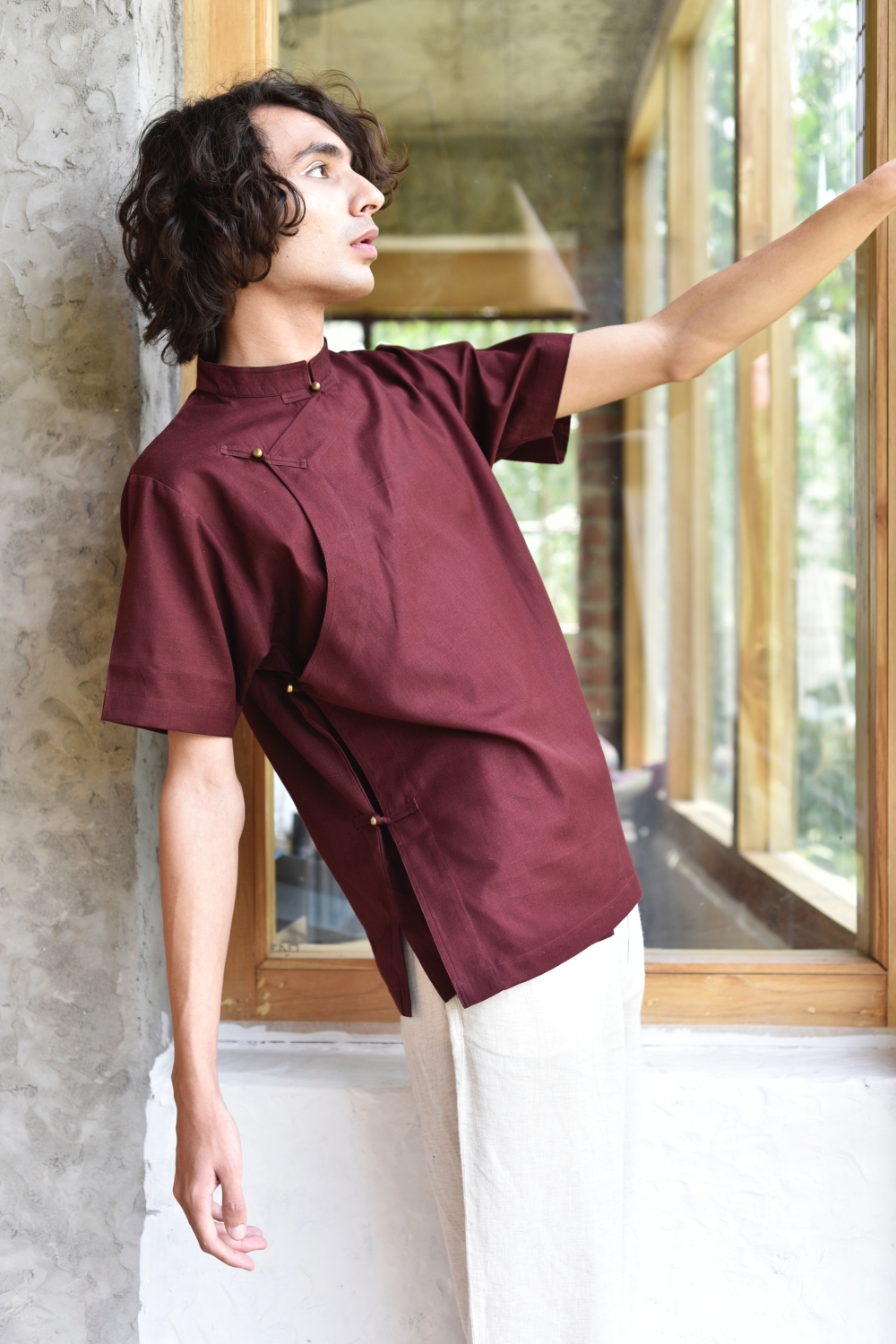 I finished my 12th at a Tibetan boarding school in Mussoorie. After that, tried doing Bachelor of Arts, but left it in the middle to satiate my hunger for fashion at Pearl Academy, Delhi.

As a young girl growing up in a Tibetan school, I was influenced by my peers and seniors regarding fashion….that’s where it all  started!

On finishing my studies I began a label in Nepal after a trip I made to close relatives and family. The line carries two different collections – one traditional wear and the other is Upala, a contemporized Himalayan wear for both genders.

This Himalayan clothing line is all about present-day fashion with simplified traditional cuts and earthy solids; connecting the dots to our long-established wall mural colours, as seen in the monasteries.

One from the capsule collection is Chupa Pey-sar – a dress worn by our Tibetan women customarily, now only worn by the youngsters during ceremonies, as it is too conventional looking and impractical to wear on a daily basis. Turning this into something more practical had been on my mind for many years. I think, I’ve managed to transform a classic Chuba into a modern one, without losing its conservative image. A boat neckline and side seam pockets makes it a versatile outfit. It can be worn in three different ways – one with the traditional pleats sitting at the back, second by folding the same in the front and the third tied loosely on the side for a bohemian stance.

The Lhasa too is a classic chuba dress which gives a cool casual impression as we’ve shortened its length and added seam pockets to it.

And last but not the least I’d like to mention a Drokpa wrap motivated by my love for the Tibetan Nomads’ clothing. They wear very voluminous chubas with little bags inside to store anything from wooden tea bowls, spoons, knife, snacks or sometimes even a baby. Their regional styles in khadi wool, silk and cotton highlight couture, follow a certain science of fashion.

I am actually looking forward to being stimulated by them more often than not!!!”